Twitter looks fun, but you don’t understand exactly how it works?

Everyone feels that way when they first sign up. To cure those 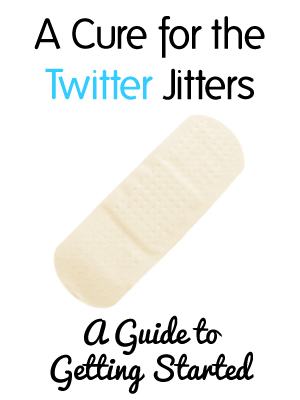 Twitter jitters, here’s what you need to know to get started:

First, a hashtag categorizes your tweet. For example, if I add ‘#SocialMedia’ to the end of my tweet, others searching for tweets on social media will find mine.

Hashtags are also used as a way to display attitude, feeling, thought, humor, or personality. For example, a (male, non-Mom, radio) friend sent me a funny tweet asking about a Mom’s night out with the hashtag ‘#AwkwardMomsSwayBackAndForth’. (By the way, my awkward dancing has nothing to do with being a Mom and everything to do with being a sweeeeet dancer.)

Hashtags aren’t case sensitive, and you can include one anywhere within your tweet. Just don’t include irrelevant categorizing hashtags, or you’ll be considered a spammer.

For a complete and hilarious list of all abbreviations you may encounter, read this blog by @PookyH.

There are many applications available that make it easier to schedule tweets in advance. Scheduling tweets ensures you’re reaching different people by tweeting at different times of the day, and makes it easier to share content without tweeting all at one time. Hootsuite and Buffer App both offer fabulous options for scheduling.

Automation is a hot button, and is not to be confused with scheduling. Scheduling is crafting your tweet and setting it up to be sent at a later time. Automating refers to the use of apps that tweet for you automatically. For example, you could use automation to tweet a specific blog every time a new one is published, without you ever reading that blog.

Whether you decide to pursue either, remember that neither replace real-time interaction on Twitter. In other words, you can’t schedule and run. You’ll receive @mentions and RTs from your tweets in real time, and you should engage often.

So how do you find people to follow? How do you get others to follow you back? Here are some tips that may help:

You know what else is good karma? Following me on Twitter @StephanieWinans.