Twitter was founded in 2006, has 310 million monthly active users today and is the social media darling of TV. So why is radio still confused about how to use it?

I blame the 140 character restriction. It’s scary. Kind of like when Randy Lane tells you that every sentence out of your mouth on the air needs to drive toward your story’s payoff… Suddenly you’re like “Oh Gawd. Was that sentence too much? Should I cut it? Was my story short enough!?” It’s hard to entertain and be concise. I get that.

So you creative people can stop freaking out about how character restrictions stress you out and ruin the creative process, here’s a guide to help you show Twitter who’s boss. 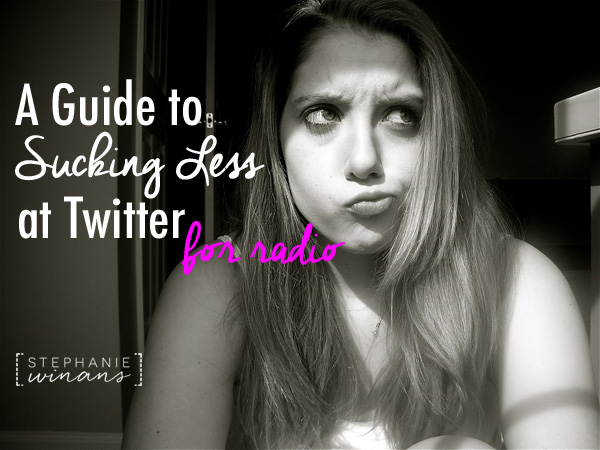 Not a reader? Hate my articles? Read this bit and I’ll leave you alone.

Let’s cover the basics before we get fancy.

You’re all set up but what do you do now?