Buzzfeed News reported this week on Facebook’s war against fake news. Fake news sites like National Report create false stories with clickbait headlines, and depend on Facebook to drive traffic to them. Facebook is doing their best to curtail the traffic they’re driving to these sites unintentionally.

You know this story all too well: someone shares a post with a controversial or shocking headline. Other users react to it by liking the post, creating a comment or now using a Facebook reaction. The more users react, the more likely it is to appear in the News Feed for other users to see. The cycle continues toward virality until these fake news sites are receiving large volumes of traffic and—you guessed it—advertising revenue.

Disgusting, right? Misinforming the public on purpose and making a healthy profit doing it, all by leveraging Facebook’s platform and the curiosity of the masses. But did you know that radio is responsible for much of the virality that keeps these fake news sites in business?

Buzzfeed News called out radio stations and radio talent as a big source of the problem. They called you “Super Seeders.” You have large audiences (fist pump emoji to you for that!) who trust you. When you post information on the station, show or talent Facebook pages, your listeners assume that it’s legit. And why wouldn’t they? You fact-check your on-air content or rely on reputable show prep services to verify accuracy. Why should your social media outreach be any different?

A DJ at 93XFM explained the problem in her comment to Buzzfeed, “It’s up to us jocks to keep [the page] updated, so sometimes we see something that we think is funny or entertaining and share it without realizing it’s fake. It’s not intentionally used to be deceptive, we just probably didn’t have time to research it.”

But the problem isn’t time (and it certainly isn’t bad intentions). It’s the lack of a strong digital strategy on the station’s part. Social media posting shouldn’t be an afterthought for jocks to squeeze in; it should be communicated by management as a core part of the job and planned daily along with the show’s on-air content.

Don’t have your digital ducks in a row? Here’s a tip: think before you click share. You’re tainting a trust relationship between you and the listener when you don’t. 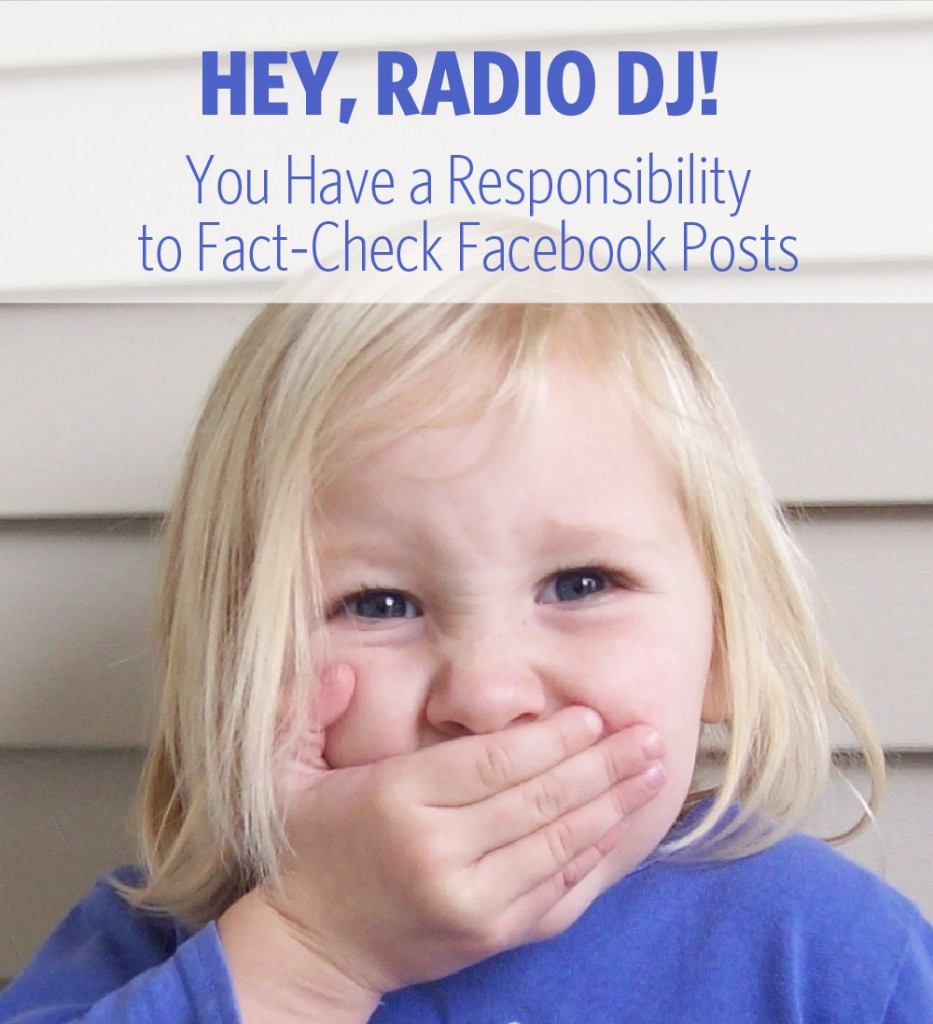